Halloween is a festival celebrated in many countries, with many different origins. One theory holds that many Halloween traditions were influenced by the Gaelic festival, Samhain. Samhain is a pagan Celtic festival celebrating the end of the harvest season and the beginning of winter.

Samhain has been celebrated in Ireland and Scotland for many centuries, with their respective immigrants taking these customs to North America in the huge waves of immigration during the 19th and 20th centuries. Globalism and Americanism has  then spread Halloween across the anglosphere and even to non-English speaking countries.

As stated earlier, Halloween customs are thought to have been influenced by folk customs from Celtic countries. During the Christian conversion of these Celtic countries, preachers used local festivals, symbols, and beliefs, to bridge the cultural gap and increase understanding of Christian values and traditions.

Samhain is one of the four main festivals in the medieval Gaelic calendar and has been traditionally celebrated between 31st October and the 1st November in Ireland and Scotland, the strongholds of Celtic tradition.

The term Samhain can be found in some of the earliest Irish literature. The name has been used by historians to refer to Celtic costumes and is still the Gaelic word for Halloween (Oíche Shamhna - the night of Samhain).

As mentioned earlier, Samhain marked the end of harvest season and therefore the beginning of winter or the dark half of the year. It was seen as a spiritual time, when the separation between this material world and the supernatural world thinned and became fluid . This meant the Aos Si (spirits/fairies) could enter our world and become active.

They were both feared and respected. The Aos Si were appeased to ensure the people and their livestock survived the often harsh winter. Offerings were left outside for them. Additionally, the souls of the dead were also said to visit their homes seeking hospitality from their family members. To welcome them, fires were lit and the table was set.

Special bonfires were lit and there were many rituals involving them. Their flames, smoke, and ashes were deemed to have protective and cleansing powers.

In some places, torches lit from the bonfire were carried around homes and fields to give them protection. It is suggested the fires were a kind of a magic protection as they mimicked the Sun and held back the darkness of winter. 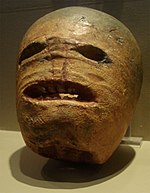 Carved turnips were the original version of Pumpkins

From at least the 16th century, the festival included mumming and guising in Ireland. This involved people going house-to-house in costume (or in disguise), usually reciting verses or songs in exchange for food. It may have originally been a tradition whereby people impersonated the Aos Si, or the souls of the dead, and received offerings on their behalf.
Impersonating these beings, or wearing a disguise, was also believed to protect oneself from them. In Scotland, youths went house-to-house with masked, painted or blackened faces, often threatening to do mischief if they were not welcomed.

All of this has blended into the modern festival we love today!
Back to blog

Thank you for sharing.
I was raised by my Irish Nanna☘️☘️🇮🇪🇮🇪 Wishing you all every Health, Wealth and Happiness for 2023.
Best wishes from Terri of Healing Oils Perth Australia 🇦🇺🇦🇺🇦🇺